Shane aiming high as Dangerous looks to take down the Captain 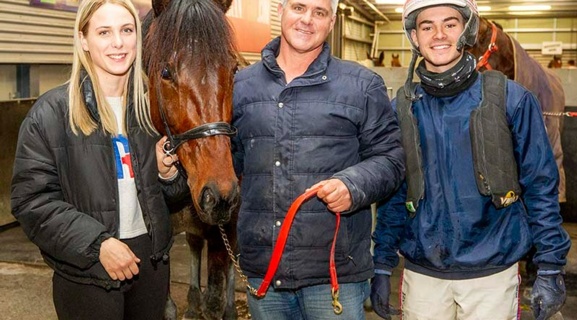 Shane Sanderson doesn’t need too much encouragement to declare Dangerous the best horse to have passed through his stables during a long and successful career in harness racing.

The three-year-old colt has only had six starts, but the Charlton trainer already rates him ahead of former top-line pacer Maywyn Jasper who won a Group 1 APG final back in 2010.

“We haven’t got to the bottom of him really,” Sanderson, a winner of more than 600 races, said. 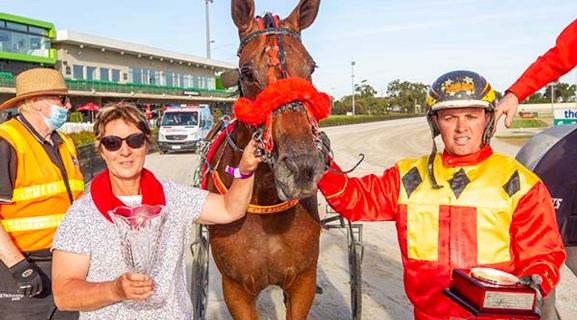 27 January 2023
Lee family back on track as major upgrades start to bear fruit
A new training track is reaping benefits in a big way for Terang trainer Marg Lee. There was always going to be some short-term pain in getting to this point. Right now, though, results are showing it was worth every moment of the wait. “We now have a 1250-metre track - probably equivalent to any...

27 January 2023
Harley's back and ready to rev his engine in Casey Classic
Proven group-level performer Hurricane Harley is poised to immerse himself in the Hunter Cup melting pot after drawing the pole for Saturday night’s Allied Express Casey Classic. 27 January 2023
St Marys Cup heads back to the Fingal Valley
All veteran Fingal owner-breeder Vern Woods wanted on his mantlepiece was an Eric Bean Memorial St Marys Cup. On Thursday afternoon at Carrick Park, his dream became a reality when Windy Hanover scored in the feature event. Windy Hanover, a nine-year-old entire was only having his ninth career start,... 27 January 2023
Fantasy and reality...a good mix for Jack Callaghan
HE is the highest scorer so far in Fantasy Harness Racing and Jack Callaghan looks set to add more points for those that have selected him in their team. Callaghan has driven nine winners this season and has a strong chance to build on this in the next two days. The 21-year-old reinsman has six drives...

27 January 2023
Blake gears up for Febfest
FEBRUARY is shaping as being one of the biggest months of racing seen at Newcastle International Paceway for some time. The Newcastle Harness Racing club is rolling out a new series on its calendar, which will be known as Febfest. Run on three Friday nights in succession and kicking off on February 3,...