Harry is "Majestic" for Team Graham Win, lose or draw in Saturday night’s Inter Dominion Trotting Final at Melton, Harry will always be "Majestic" for the Queensland-based "Team Graham".

“He’s really just like a stable pet to be honest to me,” owner and driver Brittany Graham said.

“I probably spoil him a little bit too much. He’s just a real cool dude, a good horse to have around, he’s got a super attitude which is probably why he’s such a good racehorse. He certainly loves his dinner and gets lots of brushes and pats and cuddles.”

Normally trained by Darrel Graham, the five-year-old was transferred to his daughter Stephanie ahead of this year’s ID series and Majestic Harry has done Queensland proud by squeezing into the Final.

Making it even more special for the Grahams, another daughter, Brittany, will steer the square-gaiter in the Australasian showdown.

“Dad’s done a lot of work with the horse obviously and we work closely together. I own him with mum, so it’s a family affair," Brittany said.

With Sky Racing commitments, Brittany was always going to head south for the prestigious carnival, but now she’s not just involved in the coverage, she’ll have the reins on a long shot in the Final.

“The most travelled horse in the series and to make it all the way to the Final is just super. So proud of the horse and the fact that he’s stood up and he’s now an Inter Dominion grand finalist, which is amazing for a little horse we bought about 15 months ago,” Brittany said. 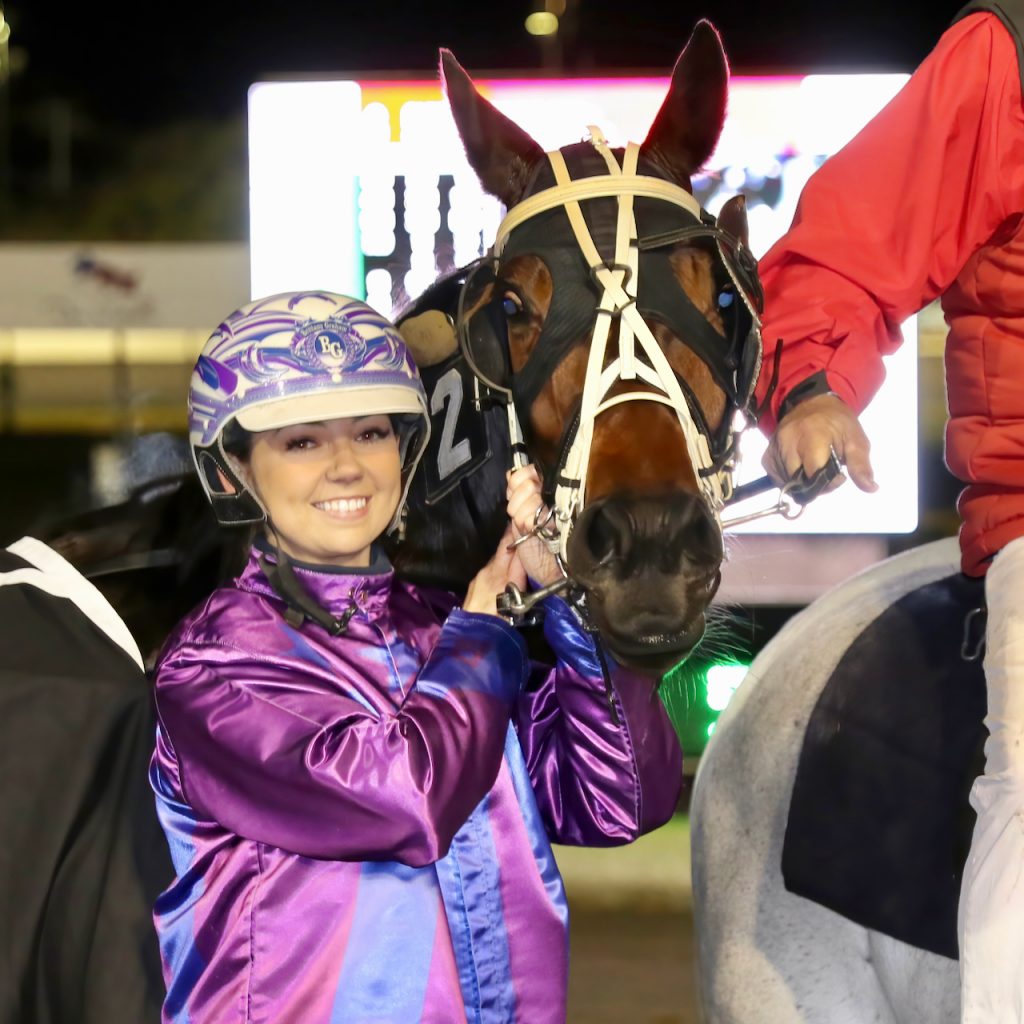 Majestic Harry cost the Graham’s around $15,00 and victory in the Group 2 Spring Sprint at Albion Park on 12 November provided the Majestic Son gelding a golden ticket into the series.

“Super proud of the horse and the fact that he just keeps stepping up is remarkable, yeah, love him to bits," she said.

After three heat runs, he’s into the ID22 big dance.

On the opening night, Harry and Brittany finished a brave third to Ofortuna in a 2200 metre heat at Ballarat. Five days later, the combination wound up eighth behind Queen Elida and many wrote them off. However, a fifth to Majestuoso over 2570 metres at Geelong last Saturday was enough for "Team Graham" to ‘go wild about Harry’ as the Queenslander made the cut.

“I think a 100-1 shot won the Inter Dominion Pacing Final last year, so he’s not out of it,” an excited Brittany said.

“I’m not expecting him to go out and win, but if he could run top five, I’d be absolutely over the moon. He’s not the worst horse to ever go around in an Inter Dominion Final. He’s been so good in the series so far and I think he’s going to be better on Saturday night.”

A talented reinswoman, Brittany admits to a few nerves ahead of her drive at Melton on Saturday night.

“It’s massive. I’ve only driven in a handful of Group 1s and never ever in my wildest dreams expected to drive in an Inter Dominion series, let alone an Inter Dominion Final. It’s quite incredible,” she confessed.

“I’m just going in Saturday night, no pressure, just going to enjoy the occasion, take it all in because more than likely this is going to be my only chance to ever drive in an Inter Dominion Grand Final.”

However, that may not be the case, especially if Majestic Harry continues his upwards trajectory ahead of ID23 which is at Albion Park in December next year.

“I think that’s probably been the long-range target for us for some time. If he shows the same improvement in the next 12 months as the last 12 months, he could be a really genuine chance next year in our own backyard and he doesn’t have to travel away. Harry knows Albion Park like the back of his hand, so that’s the major goal. He’s acquitted himself so well this year, you would expect he’s only going to be 10 times better next," she said.

But, for the moment, the exhilarating ride to ID22 has been awesome for Brittany, Stephanie and the Graham family and their favourite horse Harry. They’ve also been blown away by the support and well wishes.

“We’ve very parochial, proud Queenslanders. So, for us to come down here and compete so well, being the lone Queenslanders and making it through to the Grand Final, we know we’ve got a big task ahead of us, but we’ll do our very best," she said.