Slipper fits the ladies on a memorable night Golden Slipper night 2022 will be remembered for the outstanding achievement of Never Ending to score his third two-year-old Group 1 win of the season.

He had to share the spotlight though, as the “awesome foursome” of Deni Roberts, Emily Suvaljko, Jocelyn Young and Maddison Brown won seven of the eleven races and set a WA record for most number of races won by female drivers on a metro card of racing.

The quartet of reinswomen had a stranglehold of the meeting, with Gary Hall Jnr the only male driver to enjoy any success on the night.

Young got things rolling in the second event of the night when Athabascan took out the Sunrise On 7 Pace, leading all the way.

Suvaljko then opened her account steering Boom Time to success in the Home & Away On 7 Pace, who unleashed a powerful finishing burst down the middle of the track. Her continued success comes a fortnight after finishing third in the Australian Drivers Championships series, held at Globe Derby Park in Adelaide.

Brown joined the party in the Australia’s Got Talent Free-For-All, driving the Michael Young-trained Plutonium to a well-deserved win in fast class. Plutonium’s win didn’t come without a scare, as the Gary Hall Snr-trained Gambit and Jumpingjackmac both got within a head at the finish.

Roberts scored her first win of the night in the Telethon The Kersley Pace behind the Greg and Skye Bond-trained Markham Eyre. In similar fashion to Boom Time earlier in the night, Markham Eyre came from last on the turn to run down Finvarra and score a well-deserved win in the $30,000 feature.

Young notched up the second leg of her double behind the ultra-consistent The Amber Hare in the Farmer Wants A Wife On 7 Pace.

In contrast to her first win of the night, Roberts’ second win came behind Jett Star in The Chase On 7 Pace, who bullied his way to the front and had to fight off a trio of challengers in the home straight.

Suvaljko rounded out the prolific night for the star reinswomen in the 7 Plus – Stream For Free Pace, scoring with the Kristy Elson-trained Jaspervellabeach.

It was somewhat fitting Jaspervellabeach was the final winner for the female drivers, given the gelding won the Golden Slipper in 2019.

Notably, WA’s women trainers or co-trainers were also victorious in four of the eleven races on the card on Friday night. 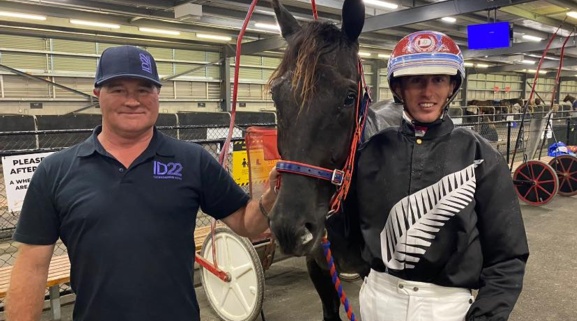