ONE of the biggest stars of the upcoming Victoria Cup Carnival is out and another is in limbo.

While leading Victoria Derby hopeful Leap To Fame could be stranded in Queensland and miss Saturday night's Derby heats at Melton.

Co-trainer Luke McCarthy said Spirit Of St Louis had been "off for a few days" and missed some work, meaning he and wife, Belinda, had run out of time to have the multiple feature race winner ready.

"He won't be ready. We'll change plans and go to the Len Smith Mile up here (Sydney) instead," he said.

Spirit Of St Louis will then target the Victorian Inter Dominion series.

Team McCarthy's Victoria Cup hopes now rest with Expensive Ego, who is into favouritism despite racing just once - for a Menangle win - since finishing down the track in the Miracle Mile on March 12.

Leap To Fame was supposed to be in Melbourne last week, but flight issues have him still stranded at home in Brisbane.

The trip now hinges on a possible flight tomorrow night (Wednesday) from Brisbane to Melbourne.

“It’s all very frustrating,” owner Kevin Seymour said. “We’re told there is a crate coming up today (Monday) and, all going well, he can get on that Wednesday night. That’s the best case scenario now.

“Even if he gets there, it’s far from ideal. It’s been our target for a long time and his preparation hasn’t got off to a good start.

“We wanted him there last week. He’s a stallion and they often take time to settle in.

“Sure, the main thing right now is just to get there at all, but if we do, it’s cutting things very short.”

Seymour ruled-out a road trip for the three-year-old, who has already been the subject of a $1 million-plus offer.

“That’s not happening, not an option with a horse like him,” he said.

Leap To Fame, trained and driven by Grant Dixon, has raced just 19 times for 14 wins, three seconds and a third.

Outside of winning Australia’s two biggest Derbys run so far this season, Leap To Fame underlined his huge talent with third against superstar older rivals Ladies In Red and Better Eclipse in the Group 1 Rising Sun at Albion Park on July 9.

Leap To Fame is trying to become the first pacer to win Australia’s three biggest Derbys since the then unbeatable Captain Joy in 2009.

Emma Stewart and Clayton Tonkin’s new stable addition Captain Ravishing, stunning winning both runs for the stable, is nominal favourite, while the Andy and Kate Gath-trained Catch A Wave is the other major player. 3 December 2022
Bonnington: Mystery and mayhem is sometimes best
Sporting zealots, by their very nature, thrive most thoroughly on what might appear wildly different, deliciously dichotomous situations. On one hand, we’re mesmerized and hypnotized by athletic champions. Knowing we were there when Jordan owned the NBA, Ali revolutionized boxing or Winx became... 3 December 2022
Champion reinsman steps in
Champion reinsman John McCarthy has been called in to drive for his daughter in-law at Menangle tonight. McCarthy will take the reins behind the Belinda McCarthy-trained The Honey Queen in the Group 3 Teeny Teeny Stakes. The 17-time Group 1 winning reinsman has scaled back his driving this season and... 3 December 2022
Geary shines while big guns are interstate
TALENTED young horseman Chris Geary is entitled to wish Luke McCarthy and Jack Callaghan would stay in Victoria for a few weeks longer than the Inter Dominion Championship. While the pair have been campaigning with the likes of Expensive Ego and Spirit Of St Louis south of the border, Geary has reminded... 3 December 2022
Can Blitzern end Victoria's Golden Apple hoodoo?
Victorian-trained Blitzern will try rewriting the record books in Saturday nights Group 2 Lees Orchard Tassie Golden Apple in Launceston. No interstate-trained pacer has won the race since its inception in 2018, with Ideal World’s second placing in 2019 being the only time an interstate-trained... 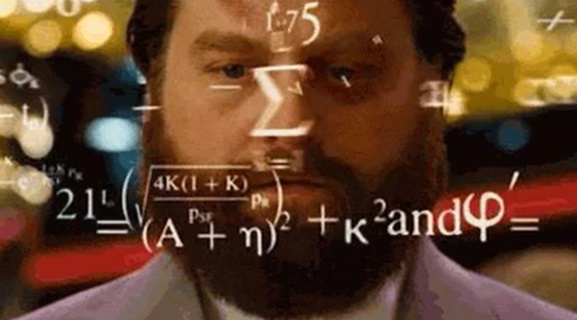 2 December 2022
How many points do you need to get into the ID22 finals?
Twenty-five may well be the magic number that separates a shot at SENTrack Inter Dominion immortality and the end of long-held dreams. The last allotment of points will be collected at Geelong tomorrow in the ID22, with the end of Heat Night 3 to give us our final 12s who will battle for the pacing and...