The Queensland racing industry is set to embrace the Pink Ribbon Cup.

Traditionally staged at the Gold Coast Turf Club, the annual fundraiser will be expanded into a tri-code initiative, with greyhound and harness meetings to be held at Albion Park.

The dates for the newly named ‘Pink Ribbon Raceweek’ are:

Each code will host its own feature Pink Ribbon Cup, with pink rugs, saddles, helmet caps and pink silk pants on show throughout each meeting.

All three clubs will be deemed as ‘community supporters’ of the National Breast Cancer Foundation, with proceeds from Pink Ribbon Raceweek going directly to fund game-changing breast cancer research.

Racing Minister Grace Grace said that this expansion to both harness and greyhound racing it is a fitting acknowledgement to the powerful legacy that the Pink Ribbon Cup Raceday on the Gold Coast has created.

“Over the last 14 years, the Gold Coast Turf Club has built the Pink Ribbon Cup Raceday into one of the most iconic events on the Queensland racing calendar,” Minister Grace said.

“I would like to congratulate all involved on the tri-code expansion of the Pink Ribbon Cup, and look forward to building on what is already an incredibly strong association between the National Breast Cancer Foundation and the Queensland racing industry.”

GCTC CEO Steve Lines said he was ecstatic to see the Pink Ribbon Cup concept continue to expand and welcomed the tri-code involvement.

“For 14 years, the Gold Coast Turf Club has been transformed into a sea of pink with many patrons eagerly awaiting the Pink Ribbon Raceday annual event,” he said.

“Our alliance with Gold Coast-based Robyn Cameron – Pink Ribbon Cup charity event creator – and twice survivor of breast cancer has only grown from strength-to-strength, with the annual racedays contributing to more than $900,000 raised to date for Breast Cancer research.

“We would like to thank the support of Racing Queensland and Sky Racing for building on this successful event and the positive acceptance of the charity from the other two codes of racing.

“During the Pink Ribbon Race Week, all three codes will contribute to fundraising via hospitality packages, gate entry donations, raffles and more, for all three dates we encourage those to dress in pink, enjoy a day out at the races, and help raise funds for the National Breast Cancer Foundation.”

The Pink Ribbon Cup concept was founded by Robyn Cameron as a means of raising much-needed funds for the National Breast Cancer Foundation.

Breast cancer remains the most common cancer in Australia, with more than 55 women and men diagnosed every day – and one in seven women being diagnosed in their lifetime.

The National Breast Cancer Foundation’s goal is zero deaths from breast cancer by 2030.

“We are thrilled to be able to work with the Gold Coast Turf Club, Albion Park Harness Racing Club and Brisbane Greyhound Racing Club in delivering a tri-code Pink Ribbon Raceweek for the first time,” RQ CEO Brendan Parnell said.

“We hope to see SEQ racetracks covered in a sea of pink this September, raising awareness and funds for the vital support the National Breast Cancer Foundation provides to women and men across the country.” 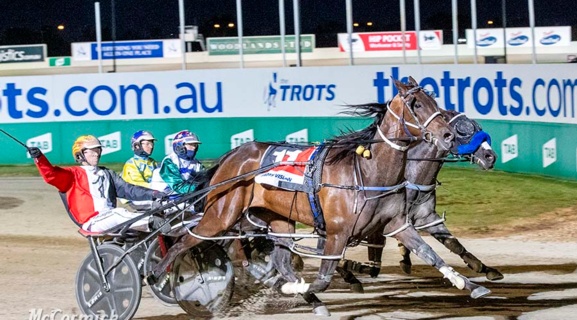 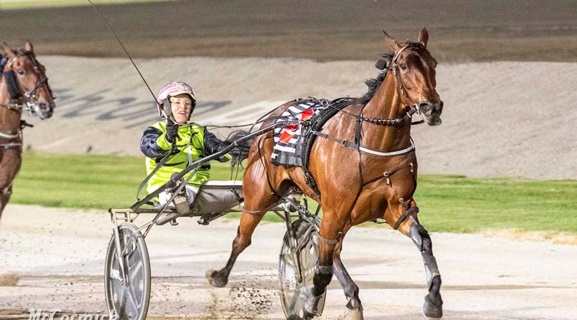 29 September 2022
Make your Mark – Hobart 30/9 & Launceston 2/10
With thoroughbred racing off the calendar this weekend, harness racing flies the flag in Tasmania and punters have a pair of meetings to work with. Trainer/driver Mark Yole continues to give his thoughts in Make your Mark. Weekend best Launceston Race 5 – 1. Southshore Again this bloke makes it...