First staged in 2012, no repeat name has appeared on the Roll of Honour until the Robert and John Dunn prepared powerhouse scored an easy victory defeating Bolt For Brilliance and Oscar Bonavena in the 2200m mobile start feature.

The 2019 Grand Circuit champion claimed both North Island features that season when successful in both the ANZAC and Rowe Cups but never got the opportunity to defend his titles last year owing to the global Covid-19 pandemic.

Returning for the 2021 edition and facing six quality rivals under rain-soaked skies and a slushy track, Sundees Son landed a perfect one out-one back trail before unleashing his customary brilliant speed leaving the back straight before racing clear of his rivals for emphatic victory.

It was a triumph of pure dominance and sheer class.

Majestic Man, fresh off a remarkably successful Australian campaign which netted a trio of Gr.1 victories was able to lead from his inside draw while Oscar Bonavena popped straight behind him leaving classy veteran Temporale sitting parked.

Driver John Dunn positioned Sundees Son perfectly on the back of Temporale while Bolt For Brilliance followed him leaving Woodstone and One Apollo on the marker line.

The lead time was covered in 42.3 seconds.

Oddly in a Gr.1 feature of any code, there was little mid-race movement as drivers elected to remain in their positions.

Majestic Man strolled through the opening half in 62.6 seconds, splits of 31.6 and 31 seconds.

And what a sight it was.

His trademark speed was there for all to see and left the richly talented and emerging four-year-old Bolt For Brilliance behind as the pressure mounted.

At the top of the straight, Sundees Son raced past Majestic Man who couldn’t match the speed of Sundees Son while Oscar Bonavena forced clear of his pocket spot and Bolt For Brilliance started to loom deeper off the track.

But the damage was done as Sundees Son developed a big lead in the straight.

At the line, Sundees Son scored by 2.25 lengths from Bolt For Brilliance with Oscar Bonavena a further .75 lengths away in third.

The last quarter was timed in 29.5 seconds.

Amazingly, and despite the poor conditions, it was race record time set by the outstanding trotter.

His latest Gr.1 victory takes his tally to six (6).

Sundees Son is raced by Colin and Nancy Hair.

Next week, the Australian Pacing Gold Trotting Masters feature will be the Gr.1 $150,000 Rowe Cup, a 3200m stand start event which will again be staged at Alexandra Park.

And Sundees Son will again be chasing back-to-back victories after scoring in 2019. 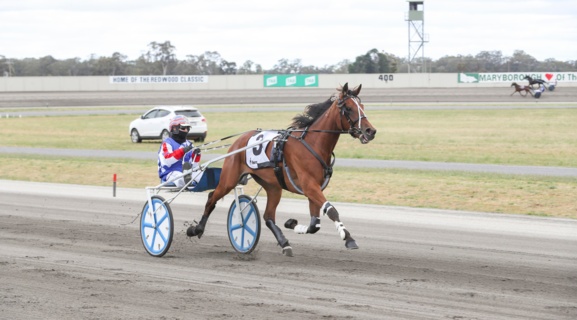 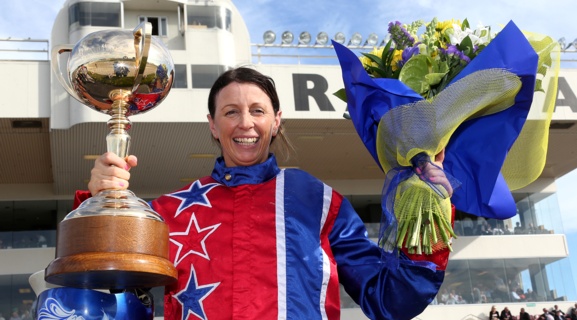