In a dominant year for his connections, Tiger Tara (by Bettors Delight USA - from Tara Gold NZ) added the Australian Pacer of the Year, Australian Aged Horse of Gelding and Grand Circuit Champion to his long list of accolades in season 2018/19.

On the juvenile pacing front, all-conquering Victorian trainer Emma Stewart amazingly trained the winners of both the Australian Two Year old Colt or Gelding and Filly of the Year in Be Happy Mach and Maajida.

The win of Be Happy Mach (Mach Three USA - Behappysam NZ) makes it successive Australian Two Year Old Colt or Gelding of the Year titles for the group of owners managed by Tim Bunning, many who share ownership in last year’s victor, Centenario.

Maajida (Somebeachsomewhere USA - Arterial Way), winner of the Group One Vicbred and Breeders Crown Finals is owned and bred by Gary, Ian, Les and Steve Johnson of Atworthy Park.

It was no surprise that Max Delight (Bettors Delight USA - Lady Euthenia) swept the voting in the Three Year Old Pacing Colts and Gelding division after winning the Breeders Crown, Tasmanian Derby and NSW Derby for Tasmanian based owner Michael Maxfield.

Astute owner Norm Jenkin capped off a great year with Tornado Valley (Skyvalley NZ  - Begin NZ) being the unanimous victor of Australian Trotter of the Year and winning the Australian Aged Trotting Horse or Gelding of the Year after being 11 from 12 during the year including the Inter Dominion.

Norm’s affinity for Kate (driver) and Andy Gath (trainer) shows no sign of dimming as another stable star emerged in the form of Majestuoso (Majestic Son CA - Rosemaryz Luck NZ) who took out the 3YO Trotting Colt or Gelding of the Year – the highlight being his breathtaking win in the Victorian Trotting Derby.

Harness Racing Australia congratulates all the Award winners for season 2018/19.

A full list of Australian Horse of the Year winners and their performances across all categories is attached: 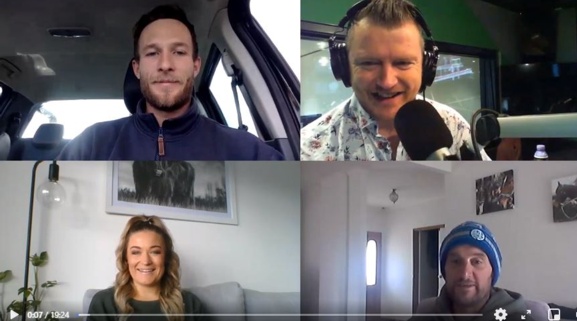