James MacDonald and his wife Jenna after he won the WDC

Captain Canada James MacDonald has become the first driver since Pierre Vercruysse in 2011 to win the World Driving Championships on home soil after the final night of heats at Charlottetown, Prince Edward Island.

MacDonald entered the final night with a 26-point lead but after some controversial decisions by the judges his lead had been whittled back to 17 points coming into the final heat of the championships.

The 31-year old Canadian said the victory was even more special because of the venue for the final round of heats.

“I come from Charlottetown, so to return here in Old Home Week and win the World Driving Championships for Canada is something very special,” MacDonald said.

“The hometown crowd has been great and they have been very vocal.”

MacDonald will fly out of Prince Edward Island on Saturday morning to compete in several key races.

“I’ve got some Sires Stakes races at Mohawk to compete in tomorrow so I need to get out pretty early and then I’m back to Trois Rivieres on Sunday to drive in the Prix D’ete.”

MacDonald joins Jody Jamison, Sylvain Filion and Herve Filion as Canadians to have won the WDC.

Bjorn Goop had a training success during the week in Sweden winning the European Mares Championship but that success has not translated across to Canada.  Jinglewriter worked to the front in the early stages before Goop handed the lead to Maudail Mac and the moved straight back around to find the front.

With a lap to go, the event was all but over with Jinglewriter racing away from her rivals and when Goop asked her to extend she raced even further in front.

“It has been a great week, it is not all about the results you have on the track, the racing is one side of it but there is so much more to this week,” Goop said.

“Jinglewriter had them beaten a long way out because I looked over my shoulder with a lap to go and I could see all of the other horses were under pressure.”

Austria’s Gerhard Mayr brought up his first win of the World Driving Championships when he produced Keep A Secret at the top of the straight to score a narrow win.  Mayr lobbed into a good spot soon after the start and after racing with cover proved too good.

The biggest controversy of the race was Go With It finishing second past the post but being placed in third after the gelding caused interference when running away from the marker pegs with a lap to go.

The judges’ decision to put back the James MacDonald driven Pick N Scoop from 2nd to 10th gave Finland Mika Forss some hope of overhauling MacDonald for the overall title however the win by Kennairn Fame was a special one for defending champion Dexter Dunn.

While Dunn drove a winner at Century Downs on night one of the series it was not a WDC event and to get a championship win was a relief.

“I’ve had plenty of seconds and thirds so to get a win was good,” Dunn said.

“It has been a really enjoyable week and on a tour like this you make friendships that last a lifetime and I know I have made some friends over here in Canada that I will stay in contact with for the rest of my life.

“All credit to Kennairn Fame, he copped a check when James’ horse (Pick N Scoop) came away from the inside with a lap to go but I was able to get back in and get some cover, I was really happy with his performance.”

Mark Purdon brought up his first win of the series when outsider Painted Pony charged away to win convincingly.  There was a lot of early speed in the event as Finland’s Mika Forss needed a victory to have any chance of catching series leader James MacDonald and Forss was keen to find the front with Fly With Max.

The early speed set it up for Painted Pony and when Purdon asked the 8-year old to sprint down the back straight, the son of Ss Sand Dollar raced away to set up a huge break turning for home.  Purdon’s relief of a win in the series was evident halfway up the straight as a broad grin broke out across the reinsman’s face.

“It was nice to win a race and there was a bit of relief in that smile,” Purdon said.

“The horse raced well and he was travelling strongly and I could see a few of the others were under pressure so I took off and tried to make them catch me.

“Once he opened up such a big lead he was always going to be very hard to rundown and he did a good in the run up the straight.” 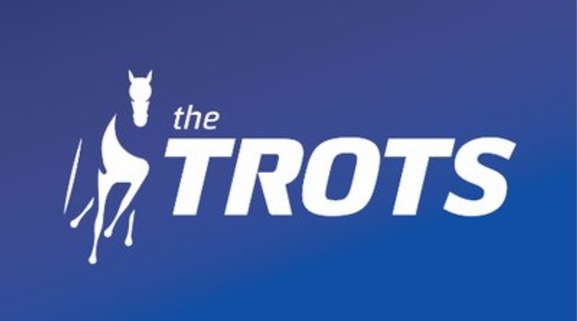