West Australian harness racing has received a tremendous boost with the news that champion juvenile pacer Follow The Stars will stand at stud at Bob Fowler’s Allwood Stud Farm in Bullsbrook this year.

Fowler purchased the four-year-old son of champion sire Art Major after he tore a tendon during the running of the group 1 Breeders Crown for three-year-old colts and geldings at Melton on August 30, in which he finished second to Menin Gate.

“Follow The Stars has been a terrific juvenile performer who has a lot to offer as a sire,” Fowler said. “He is a fine individual and has a lovely temperament. He will stand at stud this season for $2200, including GST.”

Follow The Stars, bred in Victoria, is by the American-bred stallion Art Major, who raced 49 times for 32 wins and $2,727,224 in prizemoney. He is the sire of an incredible six sub-1.48 pacers, his has been Australia’s leading juvenile sire six times and is the sire of the fastest ever two-year-old in both Australia and New Zealand. The progeny of Art Major have amassed more than $122 million, with 30 of his winners on the 1.50 list.

Follow The Stars was the 2014 Australian and New Zealand Two-Year-Old of the Year and is rated as one of the best young horses produced in Australia. He raced 29 times for 19 wins, seven seconds and two thirds for stakes of $707,237. His only unplaced effort was when he met with severe interference and finished seventh in the Harness Jewels in Cambridge as a two-year-old.

He won at six of his 11 starts in New Zealand and at 13 of his 18 Australian starts. He won at his debut, at Alexandra Park in December 2013 and at his second start two months later, he sprinted home over the final quarter in in 27.7sec. to win the group 3 New Zealand Sapling Stakes in 1.53.8 over 1609m at Ashburton.

At his third appearance Follow The Stars rated 1.56.3 in scoring an easy victory in the group 1 Young Guns Cardigan Bay Stakes over 1700m, at Alexandra Park.

He won at all his six Australian starts as a two-year-old, with his victories including the Australian Pacing Gold at Melton and the Breeders Crown at the same track. He won the APG by four and a half lengths from Artistic Flite at a 1.54.1 rate over 1720m. He rated 1.56.7 in winning the 2240m Breeders Crown from Kept Under Wraps after working hard and then sprinting over the final two 400m sections in 28sec. and 27.7sec.

Champion New Zealand trainer-reinsman was full of praise of the colt after his triumph in the Breeders Crown, declaring: “There is something special about this horse. He has a real X factor about him. I would say he is more than up with the best two-year-olds I’ve trained --- he is the best.”

In the following season Follow The Stars finished second in three Derbies, being beaten by stablemate Have Faith In Me in the 2700m Northern Derby at Alexandra Park and in the New Zealand Derbye  at Addington after finishing second to Menin Gate in the Victoria Derby at Melton. 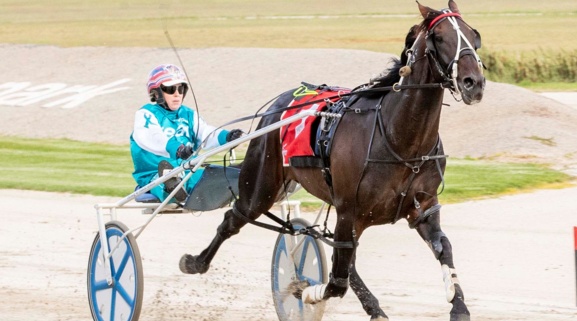 20 May 2022
Friday Form Panel: Get in early at Melton to nab value plays
Jason Bonnington and Nikkita Ross have identified value runners early on the program at Victorian harness headquarters on Saturday night. Working through the Tabcorp Park Melton 10-race program on SEN Track’s Trots Life, Bonnington like two in the opening event who appealed at value. 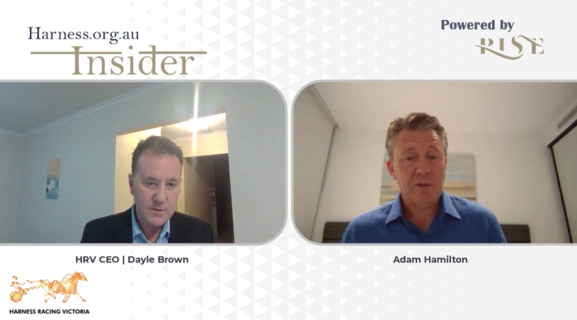 20 May 2022
WATCH: CEO discusses $100k increase to ID22 Trotting Final
Harness Racing Victoria (HRV) CEO Dayle Brown sat down with Adam Hamilton on RISE harness.org.au Insider to discuss Victoria's feature trotting race stakemoney increase during the week. HRV announced it would add a further $100,000 to the 2022 Trotting Inter Dominion Final, which will be hosted by Victoria... 20 May 2022
Tasmanian Harness Highlights Podcast – 20 May
After a week with just the one Tasmanian harness meeting, Duncan Dornauf has two to go through on episode 44 of the Harness Highlights podcast. Trainer Kent Rattray had a night to remember in Launceston last Sunday when Rockandahardplace and Colby Sanz gave him the quinella in his hometown cup. Duncan... 20 May 2022
Formosa picks up key Group 1 drive
Respected reinsman Michael Formosa has picked up the Group 1 drive on Misterfire at Newcastle tonight. Formosa has the shortest trip home on the Joseph Clark-trained pacer who has drawn barrier one in the $100,000 Regional Championships Hunter Final. Misterfire won his qualifier last week with Jack Callaghan... 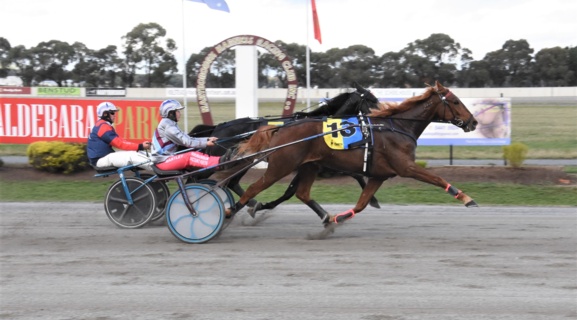 20 May 2022
"Best horse I've had": Nissen is Loving first foray in trotters
Locksley sheep and crop farmer and hobby trainer John Nissen has been involved in harness racing for almost 40 years. During that time he has won around 70 races with his best winners being the multiple Moonee Valley winners Mighty Scotch and Wipem Dry. However, prior to attending the Australasian Premier...