Just like the pacing series, the 2021 Australian Pacing Gold Trotting Masters is going right to the wire.

The six-leg series is drawing to a close for the year and the race to be crowned the ‘Master’ for the current season is close, in fact, the outcome of Friday’s Gr.1 $300,000 Renwick Farms Dominion at Addington in Christchurch is crucial.

Only two legs remain, the Dominion followed by Inter Dominion in Sydney next month.

Sundees Son (200 points) holds a slender lead over compatriots Majestic Man (180) and Bolt For Brilliance (120) but victory in the South Island feature for any of the trio could seal the title.

Giant trotter Master Lavros is a multiple winner but over a three-year period, the Mark Jones prepared star scored in 2013 and again in 2015.

Can Sundees Son do it? Absolutely!

The six-year-old is racing in excellent form winning three of his five starts this preparation and remains unbeaten at the 3200m distance range.

The 2019 Trotting Master has been deliberately set for this event and bypassed Tuesday’s Gr.1 NZ Free-For-All won by Oscar Bonavena who overpowered Bolt For Brilliance and Majestic Man in the 1980m mobile start event.

Majestic Man is no stranger to the Dominion, this is third attempt at winning the famed event after finishing seventh behind Habibi Inta two years ago while finishing as the runner-up last year behind Sundees Son.

Prepared by Phil Williamson, who scored in 2009 with Springbank Richard, Majestic Man backs-up after being placed on Tuesday.

A top three finish will give him vital points with connections keen to across head the Tasman Sea for a shot at the Inter Dominion series.

Majestic Man sits in the box seat as far as being crowned the 2021 APG Trotting Master.

Again, Brad Williamson takes the drive and will start on the inside of Sundees Son.

Mathematically, emerging star Bolt For Brilliance can also take the title if successful and depending on the efforts of Sundees Son and Majestic Man.

Prepared by legendary horseman Tony Herlihy and to be driven by Jim Curtin, the Muscle Hill four-year-old faces a quick back-up after going down narrowly behind Oscar Bonavena on Tuesday.

Although yet to win this preparation, Bolt For Brilliance has won 12 of his 28 starts to date.

Herlihy scored in 1992 behind Directorship for trainer Garry Smith.

The last time a North Island trained trotter scored in the Dominion was 2005 when the Richard Brosnan prepared Pompallier proved triumphant.

Another rising star is the locally prepared Muscle Mountain for Greg and Nina Hope, winners of the 2016 Dominion with Monbet.

Justifiably dubbed the brightest star of the square gaited variety, the Muscle Hill four-year-old has won 13 of his 21 starts to date.

Others in the mix include Andy Hall, Midnight Dash, Mataderos and Chief Of Staff while Doff Your Cap, Majestic Lavros, Vacation Hill, One Apollo, The Dominator, Tweedledee and Woodstone all need to lift on the past efforts.

The two emergency runners are Overzealous and Sioux Princess.

Hoofnote; Sundees Son won last year beating home the likes of Majestic Man, Midnight Dash, The Dominator, Majestic Lavros, Woodstone and One Apollo who all back up again.

So, there’s plenty still to play out for the 2021 APG Trotting Masters and more will be known following the Dominion. 30 November 2021
A big year since Humbletonian 2020 as maidens amaze
Changes to the racing calendar last year made the 2020 Humbletonian Day a bit later in the year and COVID meant it was quiet on the fence, but this time around our sponsored all-Vicbred, all-maiden race day is back bigger (and later) than ever! Harness Breeders Victoria will provide a $250 cash bonus... 30 November 2021
Bonnington: State pride on the line as ID21 heats up
Remove rugby league and cricket from the equation and those state-based sporting rivalries which once sustained us rarely receive oxygen these days. Fan dedication is much more often aligned to their chosen club, or, at a pinch, their nation in a world littered with international competition. Despite...

30 November 2021
Stars announced for Mates4Harness Young Drivers Invitation
Harness Racing New South Wales is proud to announce the drivers for the Mates4Harness Young Drivers Invitation. The feature event will take place alongside the TAB Inter Dominion Grand Finals, the Carousel Final and the JC Caffyn Plate at Tabcorp Park Menangle on December 11. Some of the state’s... 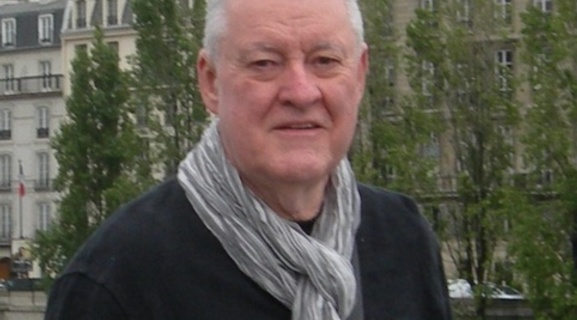 30 November 2021
Big Bets: Major collects as Meister sprints to victory
They had to be patient, but TAB punters cashed in when Major Meister won the final event at Melton on Saturday night. Two four-figure bets were recorded on the Adam Kelly-trained four-year-old, who sprint-laned to victory in the DH Steel Vicbred Pace for driver Michelle Phillips. A $1000 win bet at $3.20...