Harness Racing Australia (HRA) are thrilled to announce the Pacing and Trotting Broodmares of the Year for season 2020.

Until this season, broodmares from both gaits were eligible for the Winona Award, however this year, the HRA Executive elected to separate the awards and announced the establishment of the Maori Miss Award for trotting broodmares.

The Maori Miss Award honours the mother of the legendary Maori’s Idol, who was the first trotting mare to win the Winona Award and only one of three trotting mares to win in totality.

The Awards are open to Australian based mares who had progeny race in Australia in the 2020 season. The awards are judged by the respective state breeding associations who vote on a 1-2-3 basis.

By Caprock USA out of Glitter – bred by C Jones & I Stormont.

Owned by Harshell Investments Pty Ltd and the Estate of Kaye Kilgour.

This year is Alldatglittersisgold’s third Winona Award after also winning in 2013 and 2014 – joining Liza Storm and Maori Miss as the only mares to win the award three times.

The unraced Alldatglittersisgold was imported into Australia in 2010 after having four New Zealand foals including Miracle Mile winner Baby Bling.

Amazingly, for the owners of Alldatglittersisgold, it turned out that Baby Bling would not turn out to be the best progeny from the mare.

Her first Australian foal in October 2010 was the champion pacer and current sire, Bling It On (American Ideal), a winner of $1,882,957 and six time Group One winner to date including the Victoria Cup in October 2019.

Bletchley Park continues to be a quality performer in Western Australia for his connections, with his most recent start being a win in the Group 2 Village Kid Sprint in January 2021.

In total, the progeny to date of Alldatglittersisgold have started 462 times for 129 wins and $3,372,095 – a remarkable achievement.

By Safely Kept out of Poetry – bred by the Castle Family Pty Ltd.

The inaugural winner of the Maori Miss is the former champion racemare La Coocaracha, the 2002 Australian Trotter of the Year.

Following her retirement in 2004 after a stunning career, the progeny of La Coocaracha have continued the legacy of a mare that has left an impression on the sport like few others.

Whilst her first five foals all made the racetrack with moderate success, remarkably her seventh foal, Reina Danzante (Armbro Invasion USA) provided La Coocaracha with her first Group One as a broodmare.

Purchased by Pat Driscoll of Yabby Dam Farms shortly after, Driscoll had immediate success with his first foal, a filly by Muscle Hill that turned out to be star mare Dance Craze.

Now a winner of 24 races from 50 starts, Dance Craze is a two time winner of Australian Trotting Mare of the Year, a three time Group 1 winner and half a million dollar earner to date.

Full brother, Group 2 winner La Grange was the next foal and continues to race in the United States where he holds a 1:54.2 record and has earned $163,350.

Since then, La Coocaracha has left the promising five win horse Mataderos, with her latest foal being a colt by Muscle Mass USA. 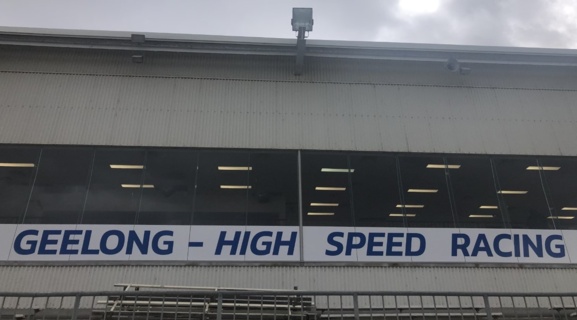 22 February 2021
Speedsters to take off in reignited Geelong Rocket
Shakamaker, Blatant Lie, Smoken Up and Melpark Major are just some of the stars to have won the Geelong Rocket. And now a new winner is set to be added to the honour roll for the first time since 2013. The Geelong Harness Racing Club has reignited the feature over the flying mile and will run it for... 22 February 2021
Spartans prepare for glory
Catch up on the week’s harness racing action in our weekly review, thanks to Darren Clayton. THE GOOD I Am Sparta became the first two-year-old winner for the new season in Queensland after scoring an impressive victory at his race debut on February 16. Trained and driven by Darrel Graham, the... 22 February 2021
Team Teal Update - Weidenbach Scores her First Win for Smith & Butt
GIRL POWER came to the fore at Ballarat last week when Olivia Weidenbach upstaged the fellas. Not only was she the only female in the race, the beaten brigade include newly-appointed stable foreman Brad Chisholm, in-form reinsman Zac Phillips and recent Group One winning driver Brad Williamson –...

22 February 2021
Big Bets: Wow! Kate's gelding plunged again
Kate Hargreaves-trained gelding Wow You Can Dance had been the subject of big bets when winning at Wedderburn and Yarra Valley earlier this preparation, and one punter unloaded again at Mildura last week. The $19,000 wager landed as the four-year-old raced away to an easy success in the Tenderprint Australia... 22 February 2021
Hector in form ahead of Tas Cup Heat
Art Major gelding Call Me Hector warmed up for this Sunday’s heat of the Tasmania Cup when recording his second win of the season in Hobart on Sunday night in the Max Pulford Memorial. Trainer-driver Matthew Cooper took the $3.40 chance straight to the lead from barrier seven in the mile event,...