Shockwave is the big winner from this morning’s Retravision-Fremantle Cup (2536m) barrier draw, coming up with barrier three for the Group 1 feature.

The Ryan Bell-trained pacer had drawn less favourably than Chicago Bull at each of the pair’s four most recent clashes.

However, it will be Shockwave who has the draw advantage over his archrival, who drew barrier six, for the $300,000 event.

Vampiro had no luck in last year’s Fremantle and WA Pacing Cup draws, but looks to have a slightly easier task from barrier four with his blinding gate speed.

Jack Farthing drew barrier five, while Our Jimmy Johnstone, Vultan Tin and Ocean Ridge look to have the task in front of them from barriers seven, eight and nine respectively.

Perfect Major, who stormed into the Fremantle Cup field with a third placing in Sunday’s Pat Cranley Memorial, looks to have an ideal draw in barrier 10.

Convert Denario and Galactic Star will also have their work cut out to win from barriers 11 and 12 respectively.

Braeview Bondi and Stroke Of Luck were named as the two emergencies, while the highly talented To Fast To Serious was left out of the 14. 27 January 2021
Milestone for Our Jimmy Johnstone
Evergreen pacer Our Jimmy Johnstone will take his stake-earnings past the $800,000 mark at Gloucester Park on Friday night wherever he finishes in the field of nine in the 2536m Simmonds Steel Decorative Screens Pace. The seemingly indestructible and indefatigable 12-year-old is a credit to the care... 27 January 2021
Rumour Has It on Track for Classics
Breeder-owner-trainer Debra Lewis has her talented filly Rumour Has It firmly on target for the Group 2 Daintys Daughter Classic and the Group 1 WA Oaks. Driven confidently by her husband Chris, Rumour Has It maintained her splendid form when she set a solid pace and won easily from Good Day Sunshine... 27 January 2021
Magnificent Storm Simply the Best
Prominent owner Rob Tomlinson has enjoyed considerable success over the past 20 years with many star performers, including Precious Dylan, Pacific Warrior and Shardons Aflyin, and now he has no hesitation in declaring the inexperienced but highly talented Magnificent Storm is the best pacer he has owned.... 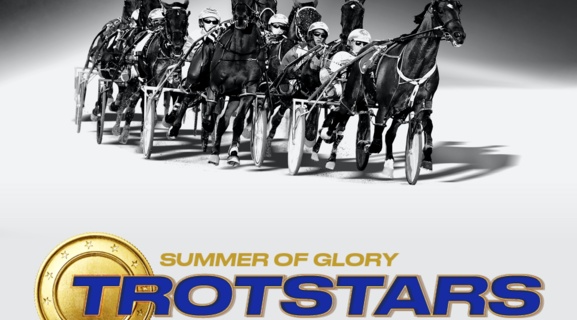 27 January 2021
TrotStars: Arty's stablemate a hot commodity in week two
It was David Moran's superstar Lochinvar Art who was the most expensive buy in week one of TrotStars and a lightly-raced stablemate is the hottest commodity for this weekend's fantasy players. Patsbeachstorm carries a hefty 72 TrotCoins price tag as the favourite of Saturday night's feature race, the...