Major Crocker (inside) with Greg Sugars in the cart winning last season's Breeders Crown 3YO colts and geldings final.

TALENTED four-year-old Major Crocker notched his sixth win from his last seven starts last night at Bendigo in taking out the Petstock Pace.

The 2013-14 Breeders Crown 3YO colts and geldings and Southern Cross series champion started $1.40 favourite and led from gate six before holding off a strong challenge from Punch Line at the finish for a 1.3-metre victory.

It was Major Crocker’s 10th win at start No.26, the Vince Vallelonga-trained and Greg Sugars-driven son of Art Major/Aratusa Lass recording a mile rate of 1:57.7 for the 2150m trip.

Major Crocker covered the first half of the last mile in 63secs before winding up with a 55.7secs last half.

Earlier on the program talented trotting filly Est Est Est made it back-to-back wins for veteran trainer Neville Welsh in the Bendigo Advertiser 3YO Trot over 2150m.

Race favourite Hush Your Majesty tracked the winner everywhere before angling four-wide at the turn, but Est Est Est had too much firepower for a half-head win over Zaire Diva, who sat parked throughout, with Hush Your Majesty third beaten 2.1m. The winner's mile rate was 2:03.4.

Est Est Est is by Majestic Son out of Enotheque and was sent out $6.30 second favourite.

It was the filly’s third win from 13 starts. 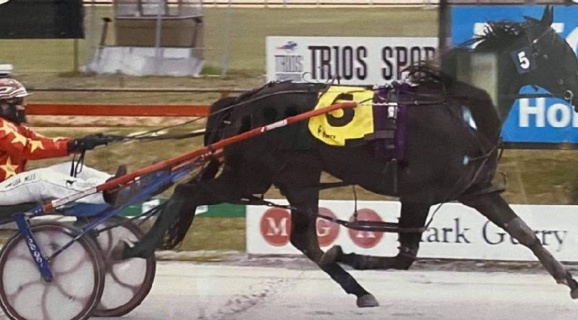 23 November 2020
RWWA Cup Tune Up For Chicago Bull
Dominant Retravision-Fremantle Cup (2536m) winner Chicago Bull is expected to be a surprise runner in this Friday’s RWWA Cup (2130m), just one week out from the TABtouch-WA Pacing Cup (2936m). The Gary Hall Snr-trained pacer was a class above his rivals in Friday’s $300,000 feature and produced,... 23 November 2020
Gee Up Neddy looks to defy history in DJA Final
Catch up on the week’s harness racing action in our weekly review, thanks to Darren Clayton. THE GOOD Queensland’s signature event for square gaiters - the Darrell Alexander Memorial - will be run this coming Saturday night; with the 14 finalists decided after six heats. There were five winners...

23 November 2020
Big Bets: Big Win Big Feed as punters cash in on last
Plenty fed well on Saturday night after the mighty mare No Win No Feed rewarded punters who dove into the get out stakes. Those hearty bets at significant odds headline the TAB bets of note from the last seven days of harness racing in Victoria.

23 November 2020
NSW: The man to follow
FORMER Kiwi reinsman Jack Trainor must wish that 2020 never ends. Despite the travel restrictions due to COVID-19, Trainor is having the season of his life and continues to rack up the winners with 126 this season to sit in sixth place on the overall premiership. Trainor is the man to follow at Tabcorp...