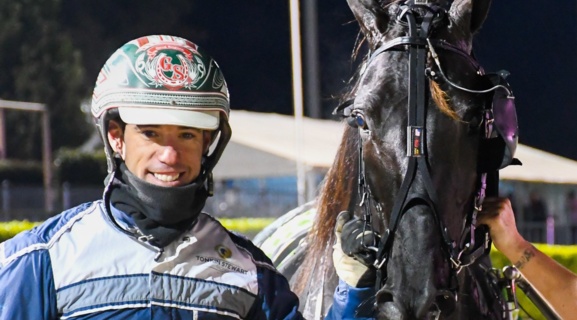 Greg Sugars admits he could never have imagined how much success would follow him through the early part of his career when he took up driving back in season 2000-01.

The master reinsman took a chance to reflect on his outstanding harness racing journey after he chalked up a major milestone with Beyond Delight’s breathtaking win in the APG Gold Bullion Series 4YO Entires and Geldings Final at Menangle on Saturday night.

“I could never have dreamt this, the amount of success I’ve had in my career to date,” said Sugars, who claimed his first Group 1 win with My Missindependent in 2006.