DON'T let the fact Little Bliss is stepping up in grade fool you!

Williams has a pair of last start winners engaged on the card, headed by Little Bliss in the Ranji Bill Ladyship Stake.

Successful at her last three outings, Little Bliss has drawn to settle prominently from barrier four in the Group Three.

Despite her form and favourable starting position, the daughter of Art Major is among the outsiders at $21 with TAB Fixed Odds.

Fresh from beating a quality field at Albion Park three weeks ago, Fairy Tinkerbell heads the market at $1.70 from gate 10.

"I couldn't be happier with her going into this," Williams said. "She's won four of her last five starts, including the last three which proves she is in top condition.

"Her work at home has been sensational and she's ready to run another big race.

"Yes, this is a step up for her and will be a good test, but I believe she is up to the task.

"I'm not saying she's going to win, but she is capable of doing so with the right run."

Later in the evening Williams will be represented by Affaire De Cover in the trotters' free-for-all.

Dropping back in class for "an easy kill" at the world class venue earlier this week, Affaire De Cover faces a tough task from barrier seven.

"With the way the grading system works he was able to go down in grade for an easy kill which will help his confidence," Williams said.

"Obviously it's going to be harder for him on the weekend, but he'll give it his best." 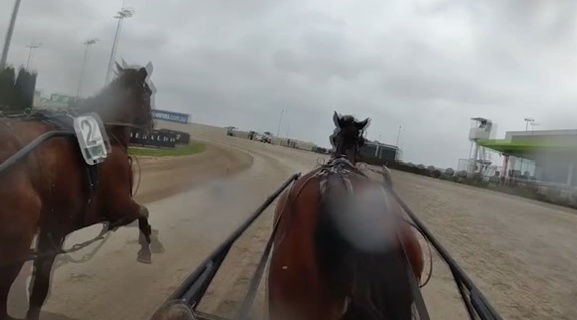