THE massive rise of female drivers in harness racing has been underlined with a record five females among those invited to next month‘s Australian Drivers' Championship series in Adelaide.

It is the first time the much sought-after series has been held since 2019 because of the pandemic.

Each state chose two representatives to make the 12 drivers competing.

Notably, the series was held in Adelaide in 2018 and won by Todd McCarthy, who is now an international sensation and won the world’ most famous harness race, the Hambletonian, in the US at the weekend.

The five females in this year’s line-up will be trying to create history as the first female winner of the series.

There is some family pride on the line as well with two sets of siblings: Dani and Wayne Hill, along with Pete and Narissa McMullen.

The winner of the series will significantly boost their chances of representing Australia at the next World Drivers’ Championship in Italy next year.

“We’re thrilled to bring this fantastic series back to life and have it here in Adelaide,” Harness Racing SA CEO Dean Elliott said. “And we couldn’t be more excited about the line-up of drivers nominated by their states.

“What a tremendous advertisement for harness racing to see such a diverse cross section of representatives.

“This will be a night to remember at Globe Derby and a real highlight for not just our passionate harness racing industry here, but the broader sporting community. It will also put Globe Derby in the national spotlight for the night.”

* Adam Hamilton is a paid contributor writing on harness racing for News Corp. 30 September 2022
Fitzpatrick chasing a Challenge
PROMINENT Sydney trainer Paul Fitzpatrick travels to Newcastle tonight in a bid to qualify his talented two-year-old Captain Richie for the colts and geldings’ division of the New South Wales Breeders Challenge. The gelding, by Captaintreacherous, is mooted as being a leading contender to take... 30 September 2022
Adrian Duggan nearing race track return
After being involved in a nasty race fall in Launceston in July 2020, reinsman Adrian Duggan is on a path to return to race driving. The Brighton-based trainer-driver was nearing his 500th driving win before the accident and is happy to be nearing a race track return. Duggan has to complete five satisfactory... 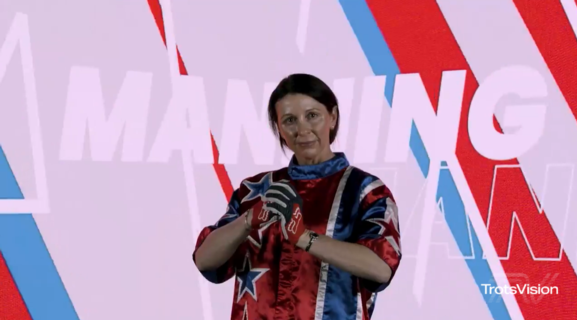