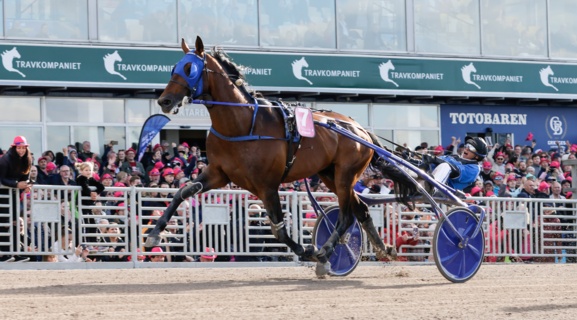 Etonnant wrote himself into the history books in Sunday's Elitloppet when he became the first son of a previous winner to salute in the race.

Claiming the lion's share of $US1.2 million prize at Sweden's Solvalla Raceway, the French-bred eight-year-old is owned and trained by Dutch-born Richard Westerink, who guided Etonnant’s legendary sire Timoko to Elitloppet successes in 2014 and 2017.