IT is rare to find a reinsman who is a third generation prodigy on both sides of his family.

But that is the case for young Sydney reinsman, Will Rixon.

Both Rixon’s parents, Cindy and Peter are accomplished exponents of the sport and come from a strong harness racing background.

Cindy could not have had a better grounding in the gig, being mentored at The Lagoon by one of the sport’s icons,  her father, the late great A. D. Turnbull, while Peter learned his craft from his father Henry Rixon, who was a legendary figure in the Canberra region, training and driving countless winners throughout his career.

On Monday night at Canberra, the 21-year-old etched another chapter in his family’s extensive list of harness racing achievements by bringing up his 300th winner as a reinsman aboard the Russell Commens-trained square gaiter Viksun.

“It was a great feeling to reach the milestone, although I hadn’t thought too much about it, despite knowing that it was looming,” said Will.

“Growing up around so many talented horsemen and women was the driving force behind me wanting to make it in the sport.

“From an early age, becoming a reinsman was all I ever wanted to do, and my family has been so supportive in my pursuit for success.

“I cannot underestimate how fortunate I have been.

“Ever since I first obtained my license, so many owners and trainers have supported me, and I have driven for some of the best stables throughout the state.

“But without my parents’ support, I would not have gotten to where I am.

“I take as many drives as I possibly can, rarely knocking back offers from trainers.

“I believe that hard work pays off and you never know what opportunities will arise if you are willing to put yourself out there.”

Penrith Paceway is one venue that has been kind to Rixon.

He has driven 18 winners at the track during the past 12 months and heads there tonight for three more drives.

“Two of my drives are quoted at big odds after drawing poorly,” he said.

“But I do feel Louisiana Freedom, a mare I am driving for David Waite in the first race, has each-way claims in an open race.”

The five-year-old last won at Penrith on December 30. 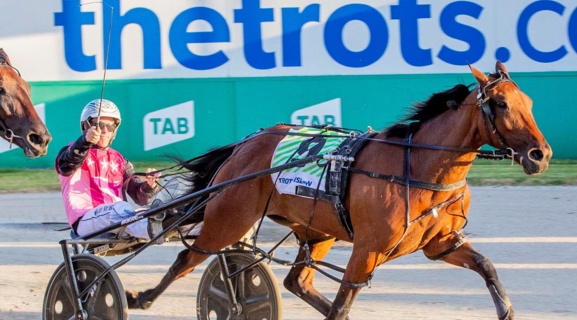