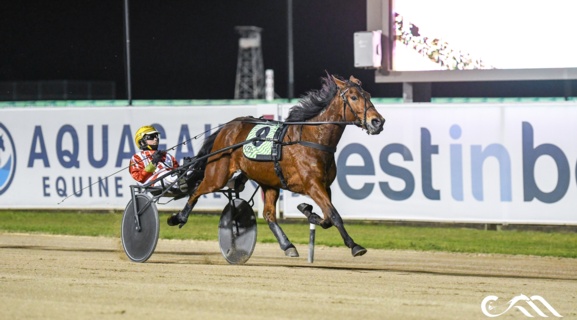 Talented American-bred, NSW-trained and Victorian-owned trotting mare Aldebaran Revani has taken all before her in a brief campaign in Sydney.

Now the four-year-old is set to be unleashed south of the border in search of the rich offerings for trotters in January and February.

Her ambitious schedule includes two of the gems of Harness Racing Victoria’s new Aurora Australis Trotting Carnival – the Group 1 $50,000 Aldebaran Park Maori Mile (1609 metres) at Bendigo on January 9 and the Group 1 $400,000 What The Hill Great Southern Star (1720 metres) at Melton on February 5.