The powerful Bond stable holds the record of four wins in the 26-year history of the John Higgins Memorial, and Greg and Skye Bond have high hopes of another victory in the $30,000 group 3 event at Gloucester Park on Friday night.

They are pinning their hopes on promising New Zealand-bred four-year-old See Ya Write, who will start from the coveted No. 1 barrier and will be driven by Deni Roberts.

See Ya Write ended a losing sequence of eight when Roberts drove him to an all-the-way victory in a qualifying heat at Narrogin last Saturday week.

The Bonds are certainly hoping for better fortune than they experienced 12 months ago when Parmesan, the $1.80 favourite from the No. 1 barrier, set the pace before fading to finish sixth behind One For Dave Andme.

Greg Bond made a marvellous start to his association with the Higgins Memorial, winning with his first two starters --- Money Magnet in 2004 and Richard Henry in 2005. Both pacers were driven by Colin Brown, and each raced in the breeze before getting up to score thrilling last-stride victories by a nose.

See Ya Write, a four-year-old by American sire Sportswriter, won at four of his ten New Zealand appearances and has raced ten times in Western Australia for three wins and five seconds.

He will need to be at his top to beat WA-bred four-year-old Alta Engen, who will start from the outside of the back line. Alta Engen, who has won at ten of his 17 starts, appeared disappointing when he set the pace and was beaten by a half-head in the final stride by the fast-finishing Plutonium over 2130m last Friday night.

That followed his impressive first-up victory ten nights earlier when he led and beat Rockaball and Harley Zest. Alta Engen started from barrier one in last Friday night’s event when he ambled through the lead time in a very slow 40.7sec. and the opening quarter of the final mile in 31.9sec.

Trainer-reinsman Aiden de Campo admits he was to blame for Alta Engen’s defeat, saying: “It was my fault and I was not really disappointed with his run. I probably went way too slow when I showed no respect for the opposition.

“Plutonium got us by surprise. I reckon if the race had gone another 30 to 40 metres the big fella (Alta Engen) would have kicked back. He is a big unconscious type of horse, real lazy. He wasn’t fully switched on. I’ll put the hood back on this week and I think we will see the best of him.

“I really like Alta Engen; he’s got a lot of ability and I think he can win from barrier 12.”

Whatabro, a Victorian-bred former South Australian performer trained by Michael Brennan, will have many admirers after second placings at his first two West Australian starts. He trailed the pacemaker See Ya Write and did not obtain a clear run until the late stages when second to that pacer at Narrogin, and he ran home strongly from fifth on the pegs at the bell to finish second to Powerplay at Gloucester Park last Friday night.

Whatabro, who has raced 72 times for 18 wins, 19 seconds and 13 thirds, will start from the No. 2 barrier on Friday night. “I would have loved to have drawn to lead,” said reinsman Chris Voak. “But he is still an each-way hope. He is one barrier away from being a really good chance.”

Dylan Egerton-Green, who prepared Tyler Brett (driven by Colin Bown) for a convincing victory at $16.40 over the $1.70 favourite Simba Bromac in the 2018 Higgins Memorial, trains and drives Typhoon Banner, who resumed after a five-month absence with an all-the-way win in a qualifying heat at Bunbury last Saturday night.

Four-year-old Typhoon Banner, who has won at seven of his 15 starts, will start from barrier four on Friday night.

Brad Stampalia trains and drives four-year-old Harley Zest, who is racing with wonderful enthusiasm. But the Art Major gelding’s diminished when he drew the outside barrier (No. 9). However, he remains a knock-out chance, even though he has won only once from his past 23 starts.

Trainer Caris Hamilton-Smith’s New Zealand-bred six-year-old Rockaball also is racing in fine form, with easy victories at Narrogin and Northam followed by his strong second to Alta Engen at Gloucester Park after racing in the breeze. He is poorly drawn out wide at barrier eight. 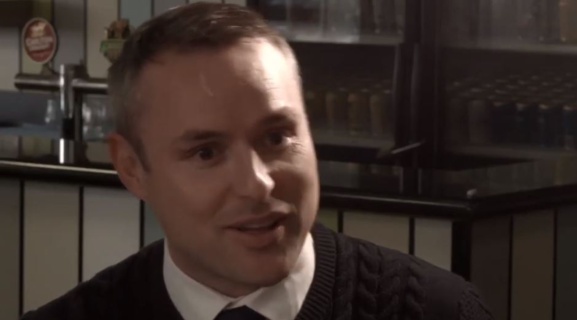 28 July 2021
Hotfoot It NZ Returns To Winning Form
At just his third start back after a freshen up, Hotfoot It NZ it returned to the winners’ circle in impressive fashion for trainer Jason Woodworth and driver Chris Voak. After racing in metropolitan company last week in the BOTRA Cup at Gloucester Park, the son of American Ideal USA appreciated... 28 July 2021
Guerin: Inter Dom dilemma - will the tough get going?
For decades the Inter Dominion was the race everybody wanted to win. Now it has become the series everybody wants to criticise. That is the conundrum facing Harness Racing New South Wales as they prepare to hold the 2021 series (God willing), which was postponed last year because of COVID-19. CLICK:... 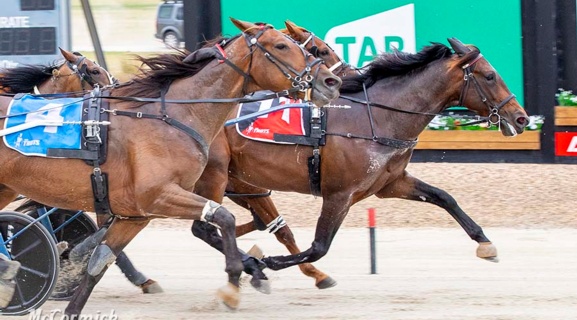 28 July 2021
Trots Centre: Ballarat return to Ready star for US tilt
Abby Sanderson has clashed with brother Ryan four times at the races in her short driving career, but is yet to get the better of her older and more experienced sibling. That, she hopes, will all change on Friday night at Tabcorp Park Melton. The 16-year-old has taken the drive on Loorrim Creek, a horse...