Two of the brightest young talents in harness racing who progressed through the junior ranks have topped the state driver’s premiership table following the 2021 season.

Cameron Hart has taken out the New South Wales premiership after an incredibly consistent season which yielded 174 winners across the state.

From 843 drives, his horses finished in the top four placegetters at a strike rate of 59%.

“It was definitely a good season. You always hope to have success but those results certainly exceeded my expectations at the start of the year that’s for sure,” Hart said.

“I got great support from some excellent trainers like Jason Grimson and Jarrod Alchin so I am grateful for them giving me the chance to drive some very good horses along the way.”

The Hart-Alchin combination delivered two of his three Group 1 victories in 2021, with My Ultimate Byron taking out the APG Final and Madrid’s dominant performance in the Breeders Challenge Series.

The season also included a breakthrough maiden Group 1 title on Techys Angel at Wagga’s Riverina Championships – ironically just a short drive from his home town of Junee where Cameron cut his teeth in the sport through the mini trots program.

“It’s funny how things work out that my first Group 1 would come on what is pretty much my home track there in the Riverina and it was a huge thrill to be able to do that in front of my family on Easter Sunday,” he said.

Hart finished 17 wins in front of emerging star Jack Callaghan, who enjoyed his best season in the senior ranks with 157 victories.

Third on the ladder was Amanda Turnbull who put together another outstanding season with 146 winners at a strike-rate of a remarkable 25%.

“The results we have seen have been outstanding in a year when our drivers and trainers have had to go to unprecedented lengths under the health and safety protocols. I thank everyone in our sport for that and applaud their success through a difficult year,” Mr Dumesny said.

“It especially pleasing to see so many of our juniors coming through the ranks and the mini trots program and to see that success reflected in the premiership leader boards. It is testament to not only their obvious talent but the quality training and grounding they are being given at a young age.”

Her results in the sulky were complemented by her performances as a trainer, landing 109 winners for the season to be third in the state training premiership.

The leader board was dominated by female trainers who filled the first three spots.

In an extremely close race, it was won once again by Belinda McCarthy with 130 victories, 10 clear of KerryAnn Morris.

Belinda narrowly took out the Metropolitan trainer’s premiership with 45 winners, a solitary victory in front of Jason Grimson.

14 January 2022
Young talent emerges on State Premiership leader board
Two of the brightest young talents in harness racing who progressed through the junior ranks have topped the state driver’s premiership table following the 2021 season. Cameron Hart has taken out the New South Wales premiership after an incredibly consistent season which yielded 174 winners across... 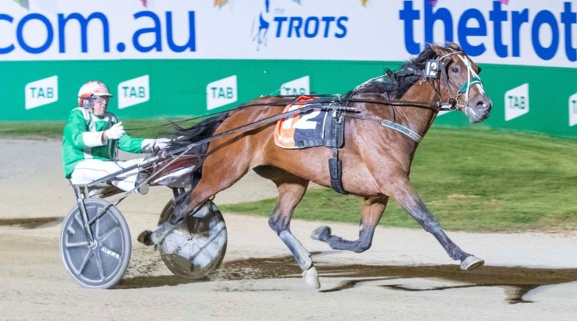 14 January 2022
Temporale set for another Victorian campaign, Bolt unlikely
Temporale is heading back to one of his favourite stamping grounds but the potential trip to Australia for Bolt For Brilliance now looks unlikely. The remarkable veteran will leave for Victoria next week for a campaign that could last over a month, with the richest target being the What The Hill Great... 14 January 2022
Painting, Kennedy & Flaneur Crowned Premiership at Riverina Paceway
Following a fantastic season at Riverina Paceway, the Wagga Harness Racing Club is pleased to acknowledge the top participants of 2021 in their respective categories. Capping off a wonderful season it comes as no surprise that the team of Jackson Painting and David Kennedy are crowned as top driver and...