If Many Delights can get around the track happy and healthy then Dexter McLean is smiling.

It did not fuss the veteran industry participant that the gelding had not won since the beginning of 2017, well before he joined the stable of the 74-year-old from Jimboomba.

The close mates – McLean and Many Delights – combined together on a wet Thursday afternoon at The Triangle to break their lengthy dry spells from the winning stall.

For McLean, who is often the clerk of the course at many tracks around Queensland, he had not been in the sulky on a winner since early 1995.

While, the nine-year-old Bettors Delight gelding last got the money at Tamworth on January 22, 2017.

While McLean is certainly not one to spruik his own achievements, he was a proud man on Thursday afternoon that he could add to his seven previous career victories as a driver that were recorded almost three decades ago.

“It is great, he has been going pretty good of late,” McLean said of Many Delights, who he owns, trains and drives.

“Everyone was happy and congratulating me on my first win for some time at the track.

While McLean has trained and driven over the years, his main role with the harness racing game is the clerk of the course, a job he started way back in 1987.

He will be on track as a clerk of the course two or three days a week, he explained, and will be there to guide the pacers around on Friday at Albion Park in his red coat.

The Jimboomba-based McLean is a popular man around the harness racing scene, a fact the voice of Queensland harness racing Chris Barsby quickly noted not long after Many Delights went past the winning post in the third event from Redcliffe on Thursday afternoon.

McLean, who has been driving since 1982, believes a mixture of factors played a role in the team’s breakthrough victory: the wet conditions as well as recently changing the feed that Many Delights eats.

“It does not mean much to me now, I am old now and it does not worry me too much,” he said with a smile.

“As long as the horse gets around safe and goes good, that is what is important to me.

“It worries me if the horse goes bad and I do not know why. I can do everything with him, I can shoe him. He is just a nice horse.”

From a good draw, McLean and his pacer were able to bustle up outside the leader as soon as the gates open, a position he would hold for much of the 1780-metre journey, before going on with it to score by just over five metres.

“Being wet, I don’t like to get muddy, I wanted to sit outside the leader or lead,” he said.

“I was about to sit outside the leader and down the back straight there, I had one try and challenge me and he could not go past me.”

After going over 26 years without driving a winner – his last being Colonial Knight in March of 1995 at Tweed Heads - McLean is hopeful of making it two in a week on Monday at Albion Park, with pacer Many Delights in again.

“I have had him for six years now, I suppose” he said.

“He won one down in Tamworth a few years back before I got him.

“I have run a couple of seconds and thirds with him before but he has never gone as good as he is now.” 2 December 2021
Hamilton: My top 12 seeds for harness racing's biggest prizes
It has certainly been a contrasting start to this NSW Inter Dominion. In the pacing series, it’s been everything we expected – well, even more to be precise – as far as the dominance of the big guns (refer Team McCarthy). Pause and think about this. Team McCarthy has four pacers in... 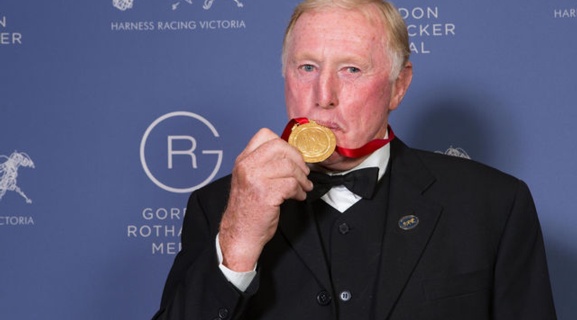 2 December 2021
Hart rate spikes
Young driver Cameron Hart has surged to the top of the New South Wales Drivers’ Premiership. The in demand driver landed his first taste of Inter Dominion glory when causing the upset of the night in round one winning a trotters heat with Timothy Red at Menangle. He then repeated that result with... 2 December 2021
Timothy the finest of the series as Randos rejoice
IT’S fair to say the Joe and Mary Rando training partnership are living the dream at the moment. They probably felt it might have been a year too early for Timothy Red, their star square-gaiter who had won just three races from 14 starts going into this Inter Dominion Trotting Championship. The... 2 December 2021
King does what only Champions can - ID21
THERE’S no such thing as taking it easy in an Inter Dominion heat. King Of Swing found that out the hard way – but like any champion, he found a way to win, diving at Boncel Benjamin right on the line to score one of the best wins of his career in tonight’s third Inter Dominion pacing...