Six-year-old Vivere Damore is the only mare in the field of nine to contest the 2130m Australian Pacing Gold Pace at Gloucester Park on Friday night --- and she is racing first-up after a six-month absence.

Vivere Damore was out of position at the start of a 2150m trial last Sunday week and raced in fifth position in the field of seven, more than five lengths behind the pacemaker Beaudacious and was still fifth 500m from home before she unwound a spirited burst to get to the front in the final 20m and win by a length from Beaudacious. The final 400m was covered in 28.4sec.

Then last Sunday Vivere Damore set the pace in a field of four and careered away from her rivals to win by six and a half lengths from Gotta Go Gabbana, rating 1.58.8, with the final three quarters of 29.7sec., 28.9sec. and 28.3sec.

Vivere Damore, a veteran of 82 starts for 11 wins and 22 placings, will be driven by Shannon Suvaljko from the No. 2 barrier and will need to be at her best to overcome trainer-reinsman Colin Brown’s in-form six-year-old Regal Cheval, who is perfectly drawn at barrier No. 1. Regal Cheval has won once from his past 26 starts but is racing with great enthusiasm and is sure to prove very hard to beat.

Regal Cheval began speedily from barrier five when he raced in the breeze and fought on with dogged determination top finish a half-length second to Pierre Whitby over 2536m two starts ago.

Last Saturday night Regal Cheval started from barrier five and worked hard without cover when a splendid second to Walsh over 2130m.

Highly-promising four-year-old Alta Engen has suffered nom ill-effects from a scrimmage in which he was checked and broke in a race at Pinjarra on Monday of last week.

Capel trainer-reinsman Aiden de Campo said that starting from the outside barrier in the field of nine in the 2130m Channel 7 Pace at Gloucester Park on Friday night represented a significant challenge. However, he is confident that Salta Engen, a winner at 11 of his 21 starts, would prove hard to beat.

“In the race at Pinjarra he got a leg over a hopple and tripped himself up,” said de Campo. “I actually thought he had broken a leg, but he was fine afterwards. Nine will make it very tricky on Friday night, but I still expect him to run a good race.”

Alta Engen is sure to be tested by trainer Michael Brennan’s promising in-form four-year-old Whatabro, who will be driven by Michael Grantham from barrier four.

Whatabro has revealed sparkling gate speed to set the pace and win over 2130m and 2536m at his past two outings, and he looks set for bigger and better things.

De Campo is also looking forward for a strong showing from the talented but inexperienced two-year-old Swingband in the 2130m Channel 7 Pace.

Swingband, an Alta Christiano gelding, will start from the outside in the field of eight, and his clash with Greg and Skye Bond’s unbeaten filly In The Spotlight, Justin Prentice’s smart Shadow Play gelding Rambo Rabbit and a few other impressive two-year-olds is sure to provide plenty of action.

In The Spotlight gave a sample of her class when she raced three times at Gloucester Park in May for three impressive victories. 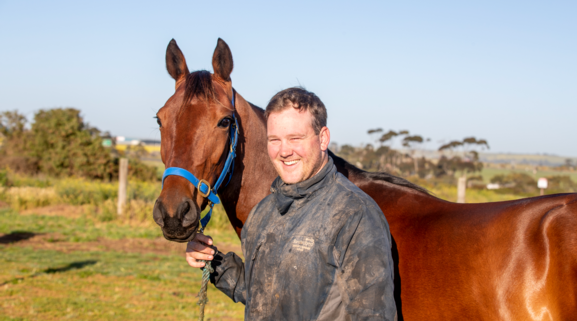 19 October 2021
The Week Ahead: Dream draw gives mighty mare Cup favouritism
Nathan Purdon looks well placed to win his new local feature, with Amazing Dream drawing gate one for Saturday night’s Flying Brick Cider Co. Geelong Pacing Cup. The star ex-Kiwi, who is now trained by Purdon in Avalon, will be third-up in the Group 2 clash after a fourth placing in the Victoria...