Only King Of Swing and Smoken Up have gone back-to-back at Menangle when the race was moved from Harold Park back in 2009.

The victory provides trainer Belinda McCarthy with her second Miracle Mile trophy after scoring with Baby Bling back in 2013 while her husband driver Luke also registered his second win after partnering King Of Swing last year.

Their pair of victories places them alongside John (father & father-in-law) as dual winners of the famed sprint.

McCarthy becomes the most successful female trainer in the event’s history with two victories although Natalie Rasmussen was part of both Have Faith In Me (2016) and Spankem (2019) but not officially recognized as part of the training combination back in 2016.

The list of pacers ahead of him includes Blacks A Fake, Im Themightyquinn, Lazarus, Smoken Up, Monkey King, Lennytheshark, Christen Me, Bit Of A Legend, Shartin (mare), Smolda, Terror To Love, Tiger Tara, Chicago Bull and Changeover.

Also, he has become the 7th highest earning stallion behind Lazarus, Lennytheshark, Bit Of A Legend, Terror To Love, Tiger Tara and Changeover.

With early fireworks expected, The Black Prince used his inside draw to repel Alta Orlando while King Of Swing floated forward without being chased hard.

By the end of the first quarter, King Of Swing had found the front and assumed full control on the race.

The first quarter was timed in 26.6 seconds.

Heading by the half, King Of Swing dictated terms in front while Expensive Ego moved up on his outside leaving The Black Prince in the trail with Alta Orlando sitting one, one back.

The second split was timed in 28.6 seconds with the first half covered in 55.2 seconds.

It was the slowest opening half of a Miracle Mile since 2013 (Beautide) when they paced a 55.4 opening half.

Approaching the home turn, King Of Swing was in full control.

The third quarter was timed in 28.1 seconds.

In the home straight, King Of Swing defied running down and held a game Expensive Ego while Wolf Stride producing another great effort to snatch third.

The final split was timed in 25.9 seconds.

Since switching from Gary Hall in Perth, King Of Swing takes his Menangle record to 12 wins from 14 starts.

Under the care of Cross and now McCarthy, King Of Swing has won 14 of his 18 starts while banking more than $1.8 million

He was placed in the four defeats.

As the reigning APG Grand Circuit champion, King Of Swing now has 140 points while Lochinvar Art has 100. 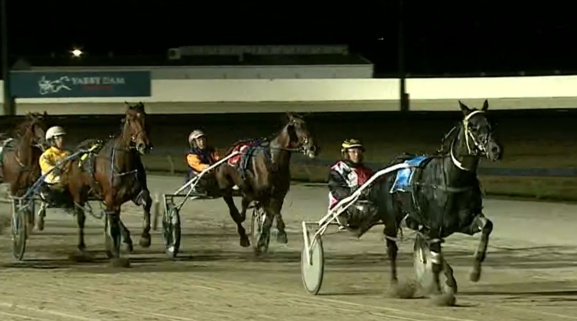 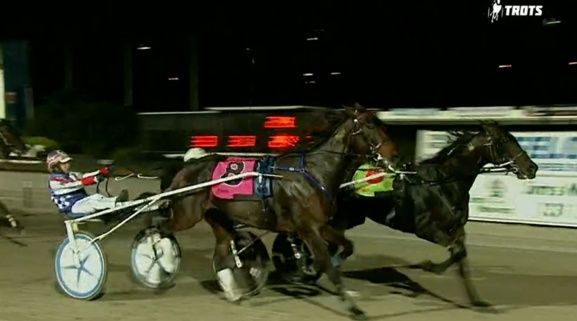