Butler treble at the Triangle THE GOOD
Last season may have ended in disappointment for trainer Jack Butler following Hectorjayjay’s forced retirement, however every end signifies a new beginning.

The new season has been a strong one for Butler, with winners at all three Saturday metropolitan fixtures to date.

At Redcliffe on Saturday night, the Butler stable was able to leave the Peninsula with a winning treble thanks to victories by Needabacardi, Bohannan and Rock With Sam.

In-form square-gaiter Needabacardi was the first in the bag when scoring his third victory since joining Butler’s Logan Village stables, making it the 10th of his career.

Sent out as the favourite in the AQWA Constructions Trotters Cup, driver Brendan Barnes was able to secure a great position in the one-out one-back trail as Skyline set the tempo in front.

Making his challenge as the field approached the home turn, there were a few anxious moments as the saddle-cloth number detached.

Flapping around the legs of the gelding, he remained focussed and maintained stride to power home to victory - minus the pink number eight cloth that was left on the Redcliffe track.

One race later and Bohannan took to the track from inside the second line, drawn to follow out the race favourite Master Catch.

Just prior to release, Master Catch was off stride and again when the field was released again made an error, forcing driver Chloe Butler to take evasive action before settling in position three back along the marker line.

Angling across runners to find open space as the field swung for home, Bohannan produced a powerful closing sprint to arrive for a narrow victory - his second at Redcliffe.

Knocking on the door in recent weeks, it was a deserved victory for the seven-year-old after placings at his past five starts in succession.

Butler’s third and final win of the night came courtesy of Rock With Sam in open company when taking advantage of conditions to lead throughout, giving Brendan Barnes driving honours for the night with a double.

Not raced through December after finishing fifth in the Be Good Johnny Sprint behind Colt Thirty One, the seven-year-old was the recipient of a smart drive from Barnes.

With a steady opening half, the speed was dialled up through the last 800 metres with identical 28.4 seconds for the last two panels making it near impossible for the chasers.

The win took Rock With Sam’s record to 20 career wins, with the gelding having recorded a win every season since his first as a two-year-old back in May 2016.

With the Butler stable having some handy types looking to progress through their grades - Franco Landry, Going For Gold and Sweet Appeal come to mind - season 2021 has started in promising fashion.

After the Greater Brisbane lockdown the week prior, updated COVID-19 protocols were enforced and then after a week of dry weather, storm activity began to build on Saturday afternoon.

With rain hitting the Redcliffe Peninsula, the track was in great order, but the muddy conditions made it tough for the drivers.

Just to make the night even trickier, the track lighting was a victim of the storms and deluge of water, with the front straight plunged into darkness following the running of race six.

Despite the misfortunes that the club was forced to endure, the meeting was able to progress and all ten races were completed.

With over an hour lost to the lighting issues, it made the night even longer for Lola Weidemann who had just one horse in for the night.

That runner was Pacific Coin who had progressed to the Hygain Final after winning a heat of the series 10 days prior.

Sent straight to the front over the sprint trip, Lola was able to stay in front and relatively mud-free, the luxury that leading the pack brings with it.

Owned by Lola’s sister, Julie, the nine-year-old had one of the busiest seasons of any horse in Queensland last term, facing the starter on 84 occasions for 10 wins.

The big season has certainly not hampered his start to season 2021, with his record showing two wins from three starts.

In claiming the 15th career victory with Pacific Coin, the near six-hour round trip from her Clifton stables may just have been worth the race delay for Lola.

A relative newcomer to Queensland, Sam Clotworthy is on the board as a winning driver in the Sunshine State.

Joining forces with the Jack Butler stable, Clotworthy has taken a handful of drives before breaking through for his first Queensland victory at Albion Park last Thursday.

Taking the reins behind the Butler trained Harpagus, the pair were able to settle in a perfect position from inside the second line as Springfield Spirit tried to lead throughout from gate one.

Taking the passing lane when the gap presented, Clotworthy was able to arrive in time to end a prolonged period out of the winner’s enclosure for the six-year-old mare.

Keeping the good start to the year for the stable rolling, the mare is now owned by stable boss Tara Butler and trained by husband Jack.

Last victorious back in June of 2019, Harpagus was driven by champion reinsman, the late Gavin Lang on that occasion.

Hailing from New Zealand, Clotworthy spent time in Tasmania last season where he was able to claim the Youngbloods Challenge just prior to arriving in Queensland.

The Youngbloods is a six-race series for young drivers - with three heats at Hobart and three at Launceston - with Clotworthy claiming victory in three of the six heats, with a further two placings.

Taking his second race drive behind Harpagus in Thursday’s event, the win was a great season start for Clotworthy to get off the mark.

Although it does not bring any further reward, book-ending a race card does not happen frequently.

For owners Rob and Pam Essex, they were able to claim a book-end double at Thursday’s Albion Park meeting with driver Kelli Dawson piloting both winners.

With a big team of pacers and greyhounds that race with the Maywyn moniker, the Essex’ have poured large amounts into both the pacing and chasing codes.

On Thursday, Maywyn Troubador was able to score the second win of his career with a dominant victory in the opening race of the day.

Given plenty of time to balance, the four-year-old was sent stomping around the field as they went down the back straight.

Charging past the leaders, the gelding went on to score a commanding 21.8-metre victory and frank the effort of a recent trial where he blitzed his rivals in similar fashion.

Trained by Geoff Dawson (Kelli’s father), the win demonstrated the talent of Maywyn Troubador who has taken some time to adjust to what racing is all about.

Waiting until the last race for their second runner of the day, this time it was Kelli as both the trainer and the driver involved with the success of Maywyns Courage.

Second-up from a spell, the six-year-old son of Courage Under Fire sat back in the pack from his second line barrier.

The widest runner as they swung for home, Maywyns Courage sprinted sharply down the outside of the track to claim his first win of the new season.

An APG sales graduate from 2016, Essex went to $22,000 to secure the Courage Under Fire x Nonni Sheffield colt, with his latest win taking his tally to 12 victories.

No stranger to a handy horse, some of the better performed that the Essex family have been involved in include the likes of Maywyn Jasper, Badge Of Honour and Maywyn Tonz.

Maywyn Jasper won the 2010 3YO APG Final at Group 1 level, defeating a field that included For A Reason, Chariot King and Renaissance Man - all Derby winners that Season.

With Rob Essex recently celebrating a milestone birthday, number 10 may be the new lucky number for Rob, Pam and the Maywyn team, with both Troubador and Courage wearing saddlecloth 10 to victory.

After a change-up to the regular Saturday night metropolitan meeting last week, this week returns to the more traditional programming.

Wednesday night and Thursday afternoon will be from Redcliffe with Wednesday again hosting a full ten-race card.

The week will start with an eight-race card from The Creek with race six named the Happy Retirement John Hackett Pace.

John has filled many roles within the integrity arm across various administrations, most recently with the Integrity Regulation Unit for QRIC.

A former Chief Steward of harness in Queensland and deputy chief steward for the thoroughbred code, John Hackett has given a significant contribution to the integrity of all three racing codes across more than 40 years of service. 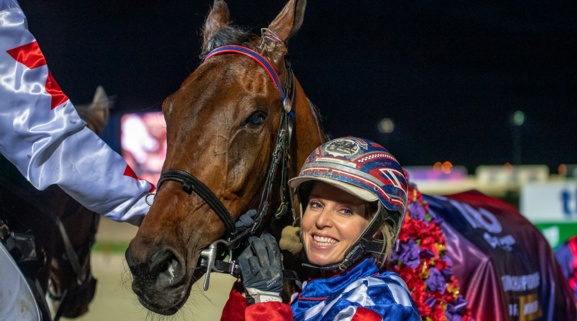 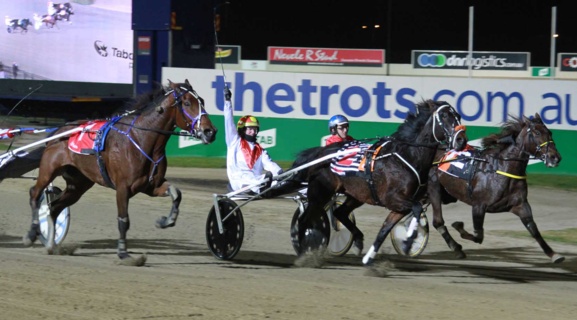 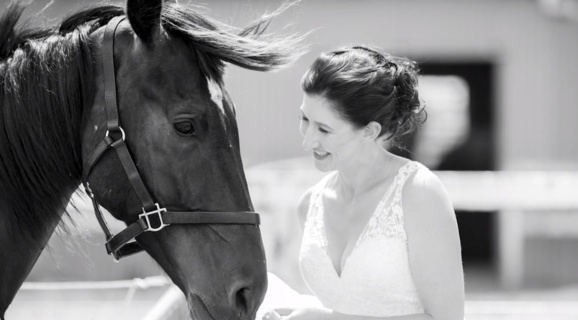